While ticks can be problematic all year long, they are more active in the warmer months, and can easily hitch a ride on your dog when you are out for a walk. The three most common ticks found in New York are the deer tick—also known as the black-legged tick—the American dog tick, and the lone star tick. Our team at Best Friends Veterinary Care wants to give you information about the diseases these parasites spread, and techniques to protect your dog.

Lyme disease is named after Lyme, Connecticut, where an early disease outbreak was first recognized. A bacterial infection by Borrelia burgdorferi is transmitted through an infected deer tick bite. Once the tick attaches, transmission can occur in 24 to 48 hours. Only about 10 percent of infected animals will show signs, and these signs may not manifest until five months or more after infection. Signs typically include:

If left untreated, the infection can damage the kidneys, nervous system, and heart. If the kidneys are affected, the condition is usually fatal. When the nervous system is affected, facial paralysis and seizures will likely be observed. Heart complications are a rare occurrence.

Anaplasmosis is caused by a bacterial infection by Anaplasma phagocytophilum that is transmitted by an infected deer tick’s bite, or by infection by Anaplasma platys that is transmitted by an infected brown dog tick. A tick needs to be attached for at least 24 hours before transmission occurs, and signs are usually seen one to two weeks after infection. Signs observed depend on the species affecting your dog.

Several species of the bacteria Babesia can be transmitted by an infected deer tick’s bite. Transmission occurs after 48 to 72 hours. These bacteria invade their host’s red blood cells, causing fever, weakness, jaundice (i.e., development of a yellow tinge to mucous membranes), and red- or orange-colored urine. Infected dogs can develop anemia and clotting abnormalities, and may show neurologic signs if the nervous system is affected.

Numerous blood tests are available to test for the individual tick-borne illnesses in dogs, but diagnosis is not that easy. Since false positive tests can occur, and tick-borne illnesses can mimic each other, diagnosis is usually made based on the signs, a positive blood test, and treatment response. Other diagnostics, such as complete blood count, biochemistry panel, urinalysis, and joint fluid analysis can also be useful.

A specific antibiotic class is typically effective in treating tick-borne illnesses in dogs. Most dogs will need treatment for several weeks to effectively clear the disease. If treatment is stopped before completing the recommended antibiotic course, relapse could occur. Anti-inflammatory medications may also be used for dogs experiencing fever and joint pain. 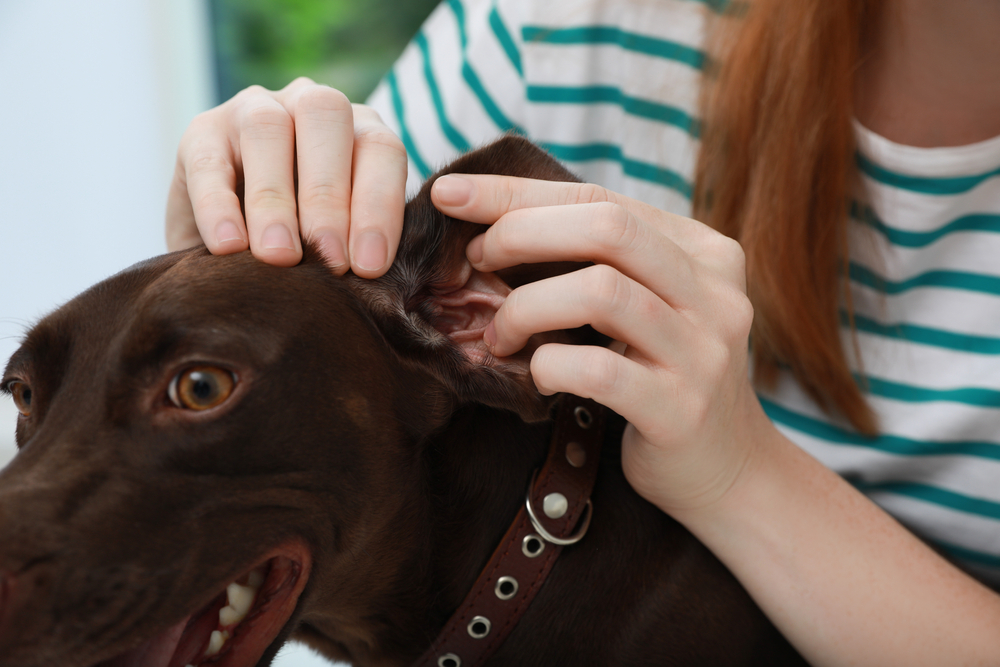 Removing all ticks in 24 hours prevents transmission. After your dog spends time outdoors, inspect them thoroughly for ticks. Ticks can attach anywhere on your dog’s body, but they like dark, moist areas, and can commonly be found inside their ears, under their tail, in their groin region, in their armpits, and under their collar. Providing year-round flea and tick prevention also helps protect your dog from a tick-borne disease.

Tick-borne illnesses can be detrimental to your pet’s health, but preventing these parasites from latching onto your pet will save them from the undesirable effects. If you would like to discuss tick prevention for your pet, or if you are concerned your dog may be affected by a tick-borne illness, do not hesitate to contact our team at Best Friends Veterinary Care to schedule an appointment.